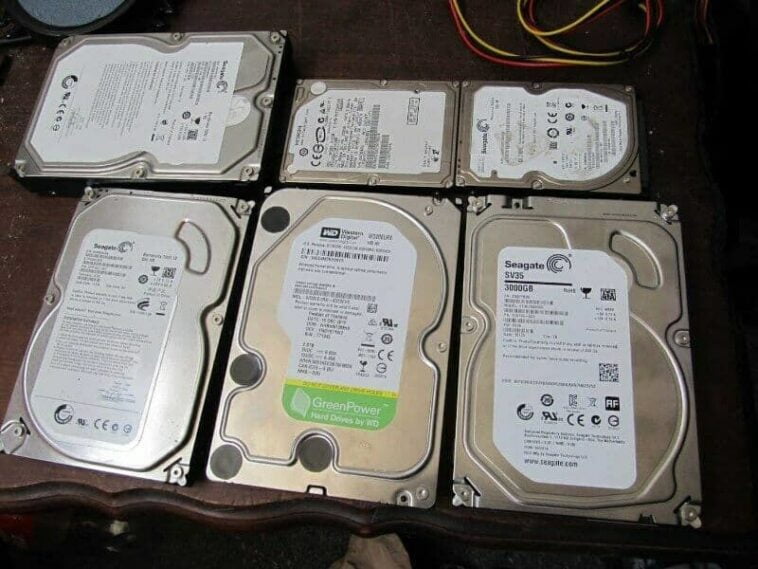 Can desktop hard drive be used for laptops
Table of Contents
Do our laptop and desktop hard drives the same?
Factors that not permit using desktop HDD in the laptop
Physical size
Storage space
Hard drive speed
Solid State Drives (SSD)
Compatibility
Connecting the desktop HDD to a laptop via USB ports
3.5-Inch IDE to USB 2.0 External Enclosure
3.5 Inch IDE to USB 3.0
USB 3.0 to SATA III Hard Drive Case
Why is my HDD not being recognized in a laptop?
Conclusion

Can desktop hard drives be used for laptops? Technologically all hard drives are just similar whether installed on desktops or laptops. They work as spinning magnetic platters that record and store data though they are two different types, HDD and SSD.

Technologically all hard drives are just similar whether installed on desktops or laptops. They work as spinning magnetic platters that record and store data though they are two different types, HDD and SSD.

Multiple types of connection interfaces vary between laptops and desktops in old times. But today the Serial SATA type is dominating both markets with distinguishing factors like space, speed, and physical size.

If you want to know can desktop hard drives to be used for laptops or not then the answer is NO, they cannot fit in the laptops. Make it simple, desktop HDD is 4 times larger (3.5 inches) than a laptop’s HDD which is 2.5 inches. There is no way to install the big hard drive on your laptop because of space. Though, you can use USB flash drives to move data or window installation.

Do our laptop and desktop hard drives the same?

The hard drive means, a metallic disk spun by a motor making sectors of the disk pass under the head to read and write when move. The desktop system works on this principle of polarization whereas laptop HDDs are also not different.

But the only outer shell of HDD is smaller and uses less electricity, so the read and write speed is lower than a desktop computer.

Expensive laptops like Notebook uses advanced power scheme to cut down the consumption and protect the drive against shocks and falls. As some laptops recognizing falling and put the head at a safe position before impact to save from loss.

Factors that not permit using desktop HDD in the laptop

You cannot install the HDD of the desktop on the laptop but can connect it to the laptop to recover data or transfer files. Through a special box (concerning the interface of the laptop) to connect by USB cable. The undermentioned few factors do not allow the desktop hard drive to be used for laptops:

Old model desktop computers used to have 5.25 inches hard drives but today with the advancement of technology they primarily use 3.5-inch drives. For increasing the drive’s storage space this size allow for several internal platters to write and read data.

Because desktop HDD is heavy and thick, so cannot be used in laptops. The laptop’s hard drive is slim, light, and uses less energy because it runs on a battery.

Even though there are iPods that use the 1.8-inch hard drive and other ultra-thin laptops or notebooks. So it is impossible to fit the desktop hard drives in laptops.

The larger size means big storage space and enough room. So, the laptop’s drive has a lower capacity for storage with physical thinness.

High-end PC have a 3.5-inch hard drives boast 4TB of storage whereas the laptops have only 1 TB maximum. Because the laptop’s hard is thin with smaller platters to read and write data and have less storage space according to the size.

However, every year increasing the storage space in laptops but the physical size until not providing desktop drive space.

Many laptops drive run slower at 5,400 RPM to maintain the noise level and power use or not to heat the laptop. That’s why the decreased rotation affects the speed of the system because it has to spin for longer to reach a piece of data. Though some of the laptops models installed HDD of 7,200 RPM have no issue with speed.

Solid states drive replaced the hard drives of computers and laptops from the previous years. Now the improved SSDs have less noise because the platters are replaced with the data chips which remove noise and heat by HDD.

These SSDs run faster than even 10,000 RPM hard drives and much expensive as well. Some of the desktops computers have both drives as small SSD for frequent-used data and large drives for big storage capacity.

So as the laptops cannot fit two drives. Some models offer hybrid drives that have large storage with the addition of SSD used for caching on laptops.

The fact is that you cannot fit your desktop drive in the laptop internally, but you can still connect it using an external enclosure via USB or SATA cable. Consequently using the laptop’s hard drive on the desktop with an enclosure or using a mounting bracket to install them internally. Because some desktop systems include 2.5-inch drive bays since the SSDs come with the size.

Connecting the desktop HDD to a laptop via USB ports

You cannot install the desktop HDD in laptops but you can connect that to your laptop through USB ports to transfer your data and files. Concerning the laptop’s interface for the connection, you will need a special box which can be of different types, such as:

This box is used for an average 3.5-inch hard drive with an IDE interface to connect it to the USB 2.0 port. The data transfer speed of this external enclosure is under 20-35 MB/s. Click here to buy online

This is the same box with the same functionality, but the data transferring speed is higher.

This portable box looks like a rectangular box and bigger than the hard drive. You can open the box and put the hard drive inside then close and connect. You need a power supply to this box and a USB cable to connect it to the laptop. Buy now

Now you are all done with the hard drive to connect it to any devices via USB cable to USB ports.

Now you can transfer the data of the hard drive to the laptop. So the HDD can work with the laptop by connecting it externally via USB cable but not to the laptop.

Why is my HDD not being recognized in a laptop?

If you facing issues in your laptop system that does not recognize the HDD then check first if you may need to install drivers for the box. Usually, windows automatically install it but if the box is non-standard you may have a problem.

Go to the ‘Device Manager and see if there are drivers for your device or you can even search online. Make sure there should be no yellow exclamatory marks prompt.

While in Windows 10 which usually installs itself the driver of the connected device but in case go to the ‘Disk Management. Check if the hard drive you externally connected to the laptop is shown there or not. If it is there then you should change the drive letter or formatting it can make it work.

If the only reason for connecting the desktop hard drive to the laptop is to transfer files then you do not need to hang HDD to it all the time. You can just connect the PC and laptop through a local network and move data. You can do it by connecting cable but both must have network interface cards to transfer files.