The video games industry is one of the most profitable businesses in the world. Each year it generates more than 11 billion dollars. Everything, from video games to the best Xbox controllers,  is a subject of discussion and close analysis. Today’s market is divided between the biggest players: Sony, Microsoft, Nintendo. The competition became more predictable and not as fierce as it used to be. We all live with the comforting thought that these companies and their games are here forever. Still, the story of Xbox carving its path on the video gaming industry top is the story worth being told. 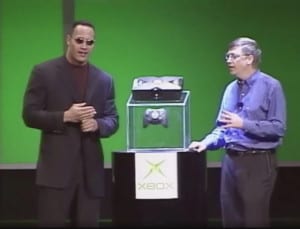 At the end of the 90s, early 2000s, Sony dominated the market of house consoles. Playstation 1 was a revolution, and Playstation 2 was preparing for release. Microsoft saw this as a worrying tendency. Hardware from Sony distracted people from Windows products. The American company needed an ace in the sleeve to compete with the foreign consoles. The company wanted to give consumers an alternative for Playstation 2 as the home entertainment system. With this idea in mind, the original Xbox was launched in 2001.

The console was similar to the Playstation 2 specs. However, it had strong launch titles such as:

Playstation 2 was, and remains, the most sold console in the history of gaming. The original Xbox launch was a loud statement from Microsoft: “We are here, and we aren’t afraid to compete.” Sony was preparing to face another challenge.

The age of traditional rivalry between Sony and Microsoft started with Xbox 360 and Playstation 3 consoles. These were successors of the original ideas from the previous generation but better, faster, and more powerful. Two companies chose different vectors. Playstation 3 aimed to be a multimedia player that could process games, movies, and music. Xbox 360, at the same time, was aiming to provide the most comfortable user experience.

Xbox360 developed the online ideas of the original Xbox. Xbox Live and Xbox Arcade became services that provided multiplayer and some games for a subscription. They will evolve into Xbox game pass eventually. Despite the rough start of the console, Xbox 360 became a choice for both players and developers. It was a comfortable and powerful console that gave people what they needed: gaming at home.

Sony gathered its strength and was preparing for future success – Playstation 4. The Xbox development team faced a crisis of ideas and had to devise something new to improve an almost perfect product to keep the bar high. As a result, the next generation of Microsoft’s console, Xbox One, at the launch was a complete mess. It lacked comfortable interfaces, forbade the exchange of gaming disks, and promoted the ability to watch TV as something extraordinary.

Xbox One at the launch was a failure, and most of the gamers switched to the comfortable and accessible Playstation 4. Microsoft even considered closing the gaming department of the company and bury Xbox with its last iteration. Yet, timely change of the development team management and literate crisis management saved the situation. The eighth generation of consoles created the term a mid-generation console. It implied improved hardware for the current existing console without a major power increase.

Xbox saved the situation and returned to the usual coil.

The competition continues. Xbox Series X and Playstation 5 are almost a year on the market, and the most interesting events are yet to come. Still, Xbox keeps its position despite the ups and downs of its history.